Rum is getting the attention it deserves, and with the wide variety of bottles to choose from. There are different styles produced in different countries.

Each one has its unique taste profile. The prices vary as well, depending on the brand and rum quality. Here are the rum prices sold in stores! 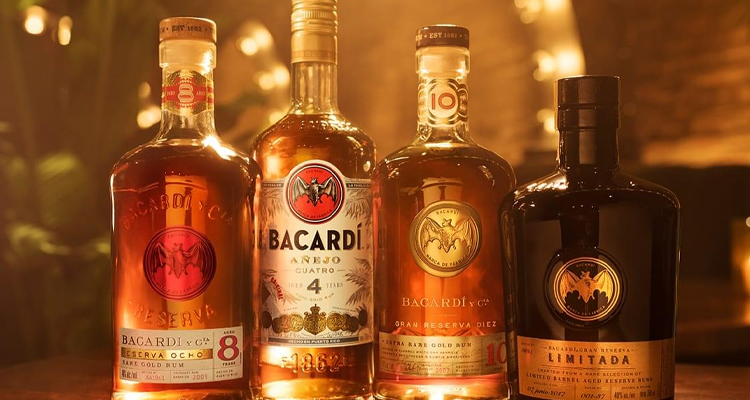 Rum is an alcoholic beverage that’s distilled from sugar. The sugar source can be pure cane sugar, syrup, or even molasses. Regardless of the base, the underlying flavor of rum is sweet, toasted sugar. The clear liquid is normally aged in oak barrels.

While rum is known as a party drink, you can find rum as a key ingredient in many classy cocktails.

Is It Really a Pirate’s Drink?

Yes, rum is a pirate’s drink, which explains why it’s apparent in the Pirates of the Caribbean film. Over centuries, the best rums have played a role in history as the go-to choice for seafarers and pirates.

The reason why it is a spirit sought-after spirit for people who are traversing the region is because of its presence in the Caribbean. The Caribbean is a place where navies have spent a lot of time collecting the best rums.

The pirates enjoy drinking Bumbo, which consists of rum, water, sugar, and finally, nutmeg. Whether you’re a pirate from the Caribbean or not, you’re going to enjoy a bottle of rum.

How Is Rum Made?

You make rum from sugarcane juice, but most of the time, it’s produced using molasses. A bottle contains these two: yeast and water. They are essential to an important procedure of fermentation.

Moreover, the years have more impact than help in fermentation in rum. It also influences the taste and process length. You can distill rum in a pot or column stills, and they’re placed in barrels afterward.

The barrels are old bourbon ones, steel, or wooden. Depending on the climate, the rum may age quicker. For example, rum ages faster in Jamaica than rum ages in the United Kingdom.

A bottle of dark rum can be called by its color. It can be brown, black, or red. The color is from molasses, including the time spent in charred oak barrels for the aging process. The longer the rum stays in the barrel, the stronger the flavor.

Staying in wooden barrels gives the rum the sought-after spiced taste, and you can also taste the molasses in the drink.

Light rum is a popular drink produced in the country of Puerto Rico, and it’s expertly represented by the biggest rum producer, Bacardi. It is considered one of the best rums today.

You’ll notice that these are tasteless with only a bit of sugar. Light rum is referred to as silver or white rum, and it’s usually filtered to erase the trace of coloring from the barrels.

In terms of body and flavor, amber color rums sit in the middle. The reason why it’s gold is because of the time spent in the barrels. Often they are inside bourbon barrels. Some places call gold rum the amber rum.

Premium rums are the best, but they are often pricier, and large companies don’t manufacture them. The best rums are made and distilled with precision, which is why they’re considered top-shelf rum.

Take Facundo and Flor de Caña for example. These aren’t diluted into a cocktail. Instead, they are best enjoyed neat because of their premium taste and quality blend in a bottle.

Flavored spirits, such as Vodka, are becoming more popular as time goes by. Rum is popular as flavored alcohol, and they’re available from tropical fruits and flavors, such as passion fruit, pineapple, and vanilla.

Making a flavored rum is similar to how other types of rums are made, but it comes with chemicals added after the distillation, which stimulates tropical fruit tastes. A bottle of coconut rum- Malibu rum, for instance- has a different taste than these dark rums because of its light taste.

It is a stronger liquor variety of the original, making it the best rums if you want something that gives a kick. On average, a rum has 40% by volume. Overproof rum is within one-hundred fifty to one-hundred sixty proof range, which pushes the limits of 80% ABV. Bartenders use this to create blend drinks and cocktails.

A spiced rum bottle is a rum with additional spices, such as cinnamon or cloves. These spiced rums are dark in color, and they are what you call spice-flavored gold rums. People say it’s one of the best rums because it gives you more flavor.

In the budget category, Bacardi and Captain Morgan are two popular brands. You can find their bottle in bars worldwide and in different flavors, including vanilla and pineapple.

Both Bacardi and Captain Morgan are used in rum-based cocktails, and they’re two of the best rums in the market. Bacardi delivers ten fruit flavors, which include citrus options.

There are plenty of brands that are producing rum at an affordable price. While Flor de Caña is a premium rum, it’s also reasonably priced. 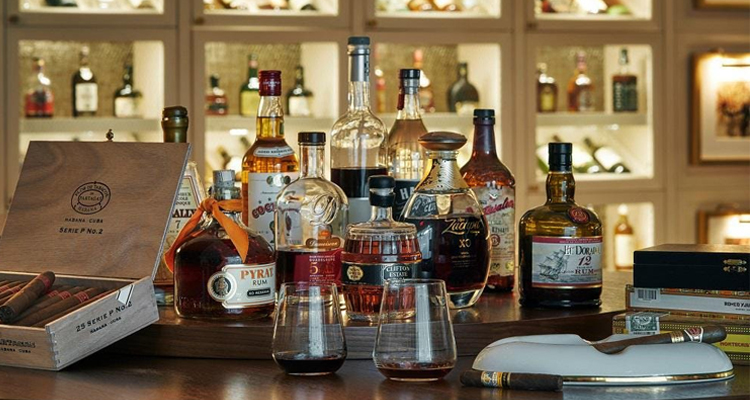 Under the standard category, Mount Gay and RumChata are the two brands people often purchase.

Mount Gay is known for its original rums that are produced in Barbados. They have over 300 years of rum-making experience. If you prefer drinking rum most simplistically, Mount Gay is for you.

Meanwhile, RumChata is a unique product with a base of Caribbean rum, just like Malibu rum. It consists of cream and a mix of spices.

Premium rums are best enjoyed neat or on the rocks. A popular craft rum is Bumbu, it’s based in Barbados, which is what people say is the origin of rum. Bumbu is the classic rum, which features a highly ornate bottle. It has multiple awards coming from international spirits competitions.

Bumbu touts handpicked ingredients. These are naturally filtered water, separating it from cheaper rum brands. These are a blend of rums aged up to twenty years in a quality oak barrel. There are popular rum brands that are producing rums aged for over decades. 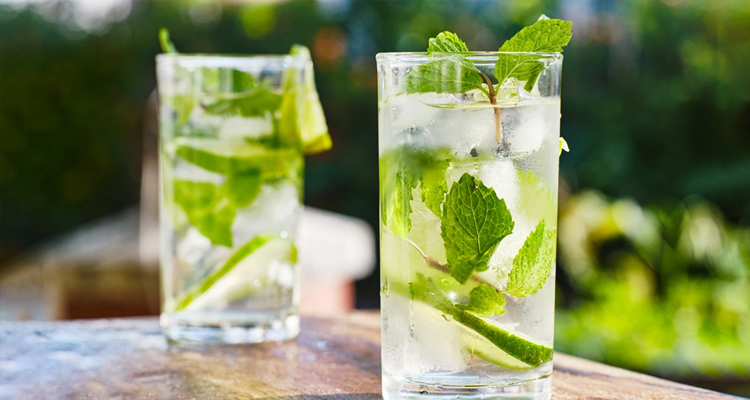 Mojito is known for its refreshing rum taste. The reason why it’s famous all around the world is because of how easy it is to make.

It only needs rum, mint, lime, sugar, and of course, soda. You’re also going to need a muddler, which is a worthy investment to add to your bar. Toss some fruits into your mojito, and you have yourself a party. 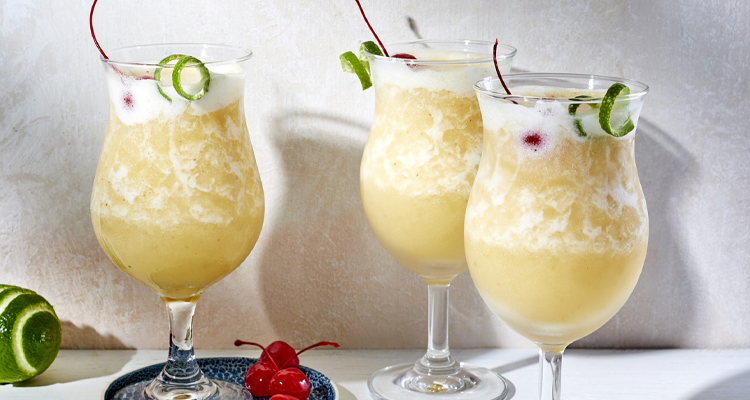 Banana Daiquiris is made with two shots of Havana Club 3-Year-Old rum, one shot of Giffard Banana du Bresil liqueur, one-half shot of lime juice, and of course, one fresh banana.

You blend these ingredients with six ounces of crushed ice and place a banana chunk on the rim. 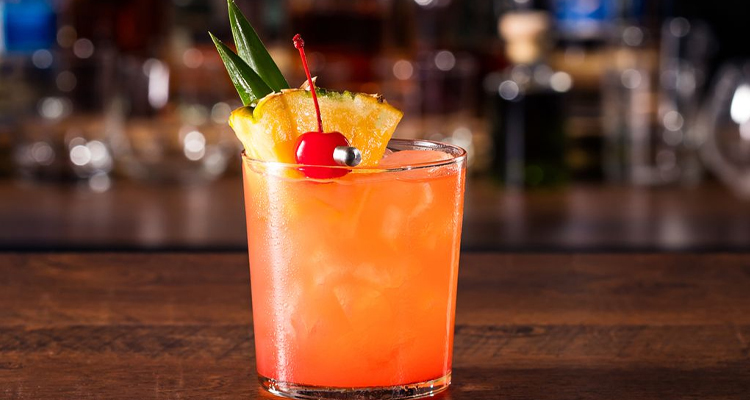 Mai Tai is one of the most popular Tiki drinks on earth. It is mainly rum, orange, fresh lime juice, orgeat, and finally, curaçao. 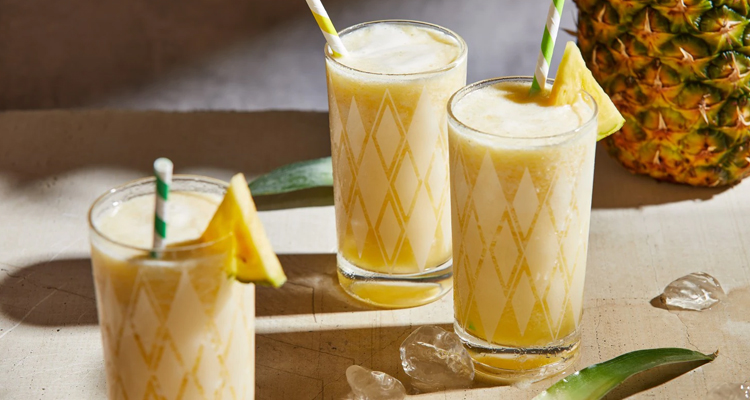 A pina colada is made with a complex blend of three ingredients. You’re going to need a frozen pineapple, rum, and finally, coconut milk.

To blend all of these ingredients only takes a minute. It has zero added sweeteners as pineapple, and coconut milk already has that covered. 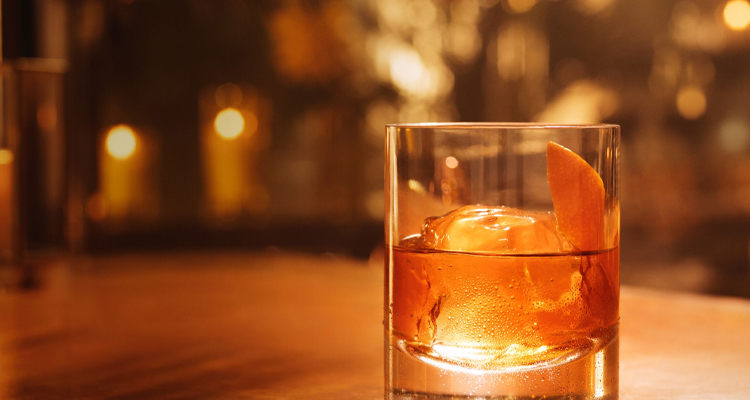 Rum old-fashioned is made with bourbon or rye. If you’re going to choose rye, then it’s going to make a dryer drink.

How is Rum Standardization Today?

Rum lacks a lot of the international qualifications or the standards that most spirits have. In other words, it’s hard to give you a specific set of rules on what makes rum.

Some regions have adopted laws focused on the proof requirements, and some enforce laws regarding aged rum.

Similar to other spirits, the age of the rum affects the price. The barrels are a pricey purchase for run makers.

There’s a shortage of barrels in the business, from the bourbon makers to gold rums distilleries.

Plenty of dark rum is aged for years in old bourbon barrels, so the shortage impacts the cost as time goes on. There are popular rum brands that are selling rums aged for over decades.

While it can age for decades in the barrel, rum needs to be consumed six to eight months after opening the manufacturing bottle. (1)

All rum is indeed based on a form of sugar cane syrup by-product. However, not all of the ingredients have similar quality.

Sugar cane juice can be mass-produced, while there are others made for specific distillers.

In the aging process, especially in wooden barrels, the rum makers lose some of the rum to the natural evaporation process. In the rum world, it’s referred to as the angel’s share.

It makes it expensive to produce rum in some tropical climates. In oak or wooden barrels, it’s possible to lose 10% of rum to the angel’s share.

The beautiful labels and fancy packages play an essential role in the price of rum. Some rums are cheaper because of their accessibility, like Bacardi.

Meanwhile, other brands are more expensive because of their prestige, such as Mount Gay. A popular brand is usually more expensive than a lesser-known rum despite having the same quality.

1. What is the smoothest rum?

The world’s smoothest rum is the Zacapa 23 Year Centenario.

2. Is rum stronger than vodka?

No, vodka is stronger than most rum.

3. What is the best Caribbean rum?

The best Caribbean rum is Appleton Estate 21-year-old Rum. While it’s a bit pricey, it contains the most delicate blend of aged rums.

4. Can you drink rum straight?

Dark rum is better for drinking straight. Meanwhile, white rums are for cocktails.

You know a party is not complete without distilled spirits like flavored rums, white rum, or spiced rum, and these popular offerings make the price worthwhile.

While the best rums can be expensive, cheaper ones, like the popular Bacardi, deliver quality liquor and complex blends with a taste of dried fruits. Malibu rum price is also affordable.

There are plenty of brands and types to choose from. It includes mango rum, coconut rum, well-aged rum, tropical fruit, passion fruit and pineapple, and rums with a mixed aroma of apples and brown sugar.

Whether you plan on making tropical drinks or drinking rum on the rocks, it’s crucial to find a good rum brand that fits your budget and taste.

Lydia Martin hails from Redmond, Washington, where you’ll find some of the best cocktail bars and distilleries that offer a great mix of local drinks. She used to work as a bar manager in Paris and is a self-taught mixologist whose passion for crafting unique cocktails led her to create Liquor Laboratory. Lydia can whip up a mean Margarita in seconds!

The Liquor Laboratory is intended for adults over the age of 21 and the legal drinking age. Nothing on this website should be taken as professional advice and we always encourage responsible drinking. All content on this website is for informational and educational purposes only. We do not sell your personal information.